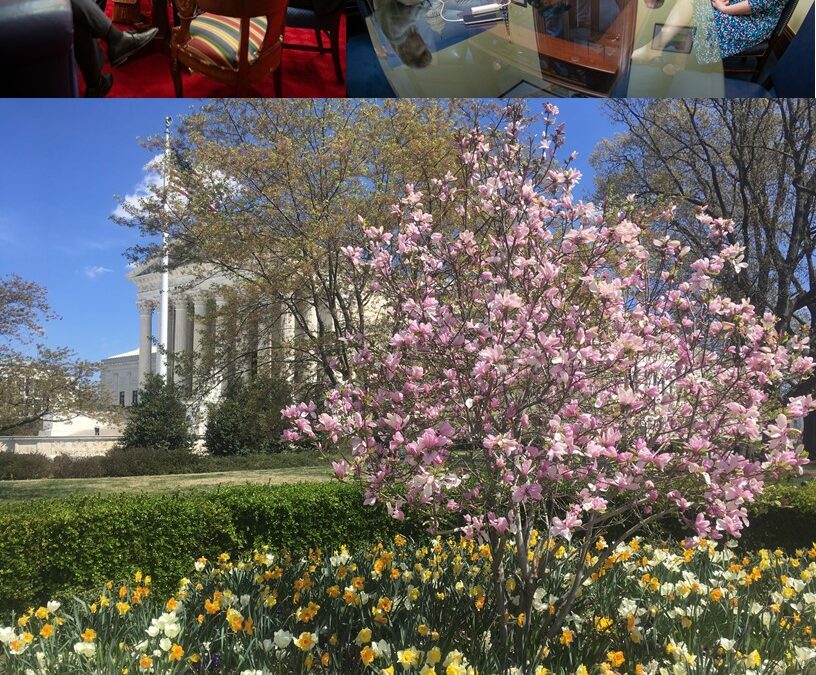 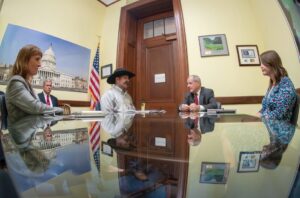 Craig Utter, executive director of Payette Land Trust, traveled earlier this month to the nation’s capital as part of a coordinated effort among land trusts to strengthen land conservation across America.

And, Utter said, the trip couldn’t have happened at a better time. Lawmakers and other officials in Washington, D.C. are increasingly focused on conservation tax benefit abuse. So they needed to be reminded of the good deeds that land trusts perform.

“Most land trusts are just like Payette Land Trust – they’re dedicated to responsibly conserving for future generations the scenic, agricultural, ranch, recreational, historic and wildlife values we know people hold dear,” he said. “But there are a few bad actors who are threatening the system.”

U.S. Senate Finance Committee Chairman Chuck Grassley (R-Iowa) and Ranking Member Ron Wyden (D-Oregon) announced last month a probe that aims to shine a bright light on abusive transactions that disguise a profitable tax shelter as a charitable donation. That probe came just days after the Internal Revenue Service named such transactions on its “dirty dozen” list of tax scams to avoid. And in December, the U.S. Department of Justice filed a complaint against promotors of an allegedly abusive conservation easement syndication tax scheme.

These schemes are complicated, but they essentially empower groups of investors to make handsome profits by manipulating a system that Congress intended to benefit land-rich, cash-poor donors. Approximately $20 billion in unwarranted tax deductions was claimed from 2010 to 2016, according to the IRS. In 2016 alone, $6 billion in charitable deductions was claimed by participants from just 248 transactions.

The Charitable Conservation Easement Program Integrity Act, which is carefully targeted to strike at the heart of abusive transactions, would effectively address the problem. It makes clear that conservation easement donations, like other charitable donations, are not intended to be profit opportunities.

“Congress has the opportunity to halt this abuse by passing the Charitable Conservation Easement Program Integrity Act – and the time to act is now,” said Andrew Bowman, president of the national Land Trust Alliance, which organized the effort that brought Utter and 115 other land trust professionals to Washington.

“Some folks would have you believe the bill will severely damage land conservation efforts, I don’t believe that’s true,” Utter said. “It’ll do only what it needs to, protect the integrity of the charitable contribution.”

Utter said he also thanked lawmakers and other officials for their recent votes in support of the Farm Bill and the Land and Water Conservation Fund. Additionally, there were discussions about renewing the North American Wetlands Conservation Act. During his time on Capitol Hill, Utter met with Sen. Jim Risch, Staff from Rep. Fulcher’s office and Sen. Grassley, among others.

“Craig’s voice was an important voice on Capitol Hill because he could speak directly to Idaho’s needs and what good conservation done right looks like,” Lori Faeth, government relations director at the Land Trust Alliance, “Idaho – and McCall specifically – is lucky to have someone like Craig, who’s willing to take the time to benefit his community in a big way.”

Utter said he’s motivated in part by the many economic benefits that land trusts yield.

“Many reports have shown that conserving open space in communities around the U.S. attracts jobs, enhances property values and saves billions in government costs through private land partnerships with Land Trusts,” he said. “So even if you never set foot on a land trust property, you’re benefiting from land trust work.”

To learn more about Payette Land Trust and its work in the West Central Mountains of Idaho, visit https://payettelandtrust.org.

No comments to show.